A whale that was a victim of excess plastic and man-made pollution. It went to the bottom of the sea, lay on its back and its body turned into plastic ropes for fishermen. Its blood spread to the bottom of the sea, drawing more pollution and death into the ocean. The main cause of death for whales is human activity – pollution, marine radars, and large transport and fishing vessels. 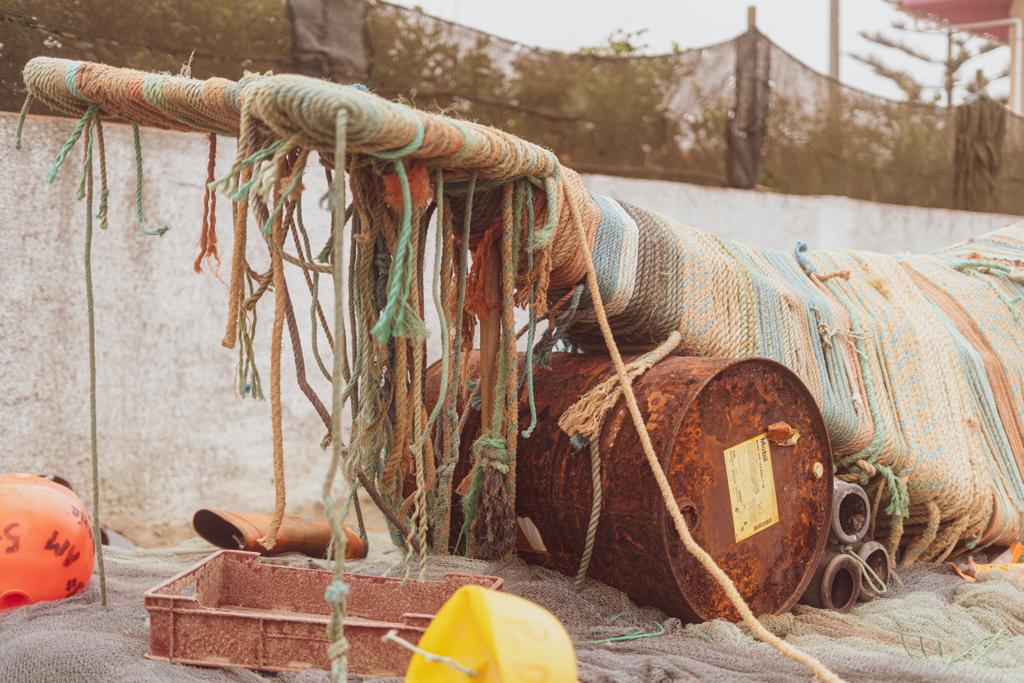 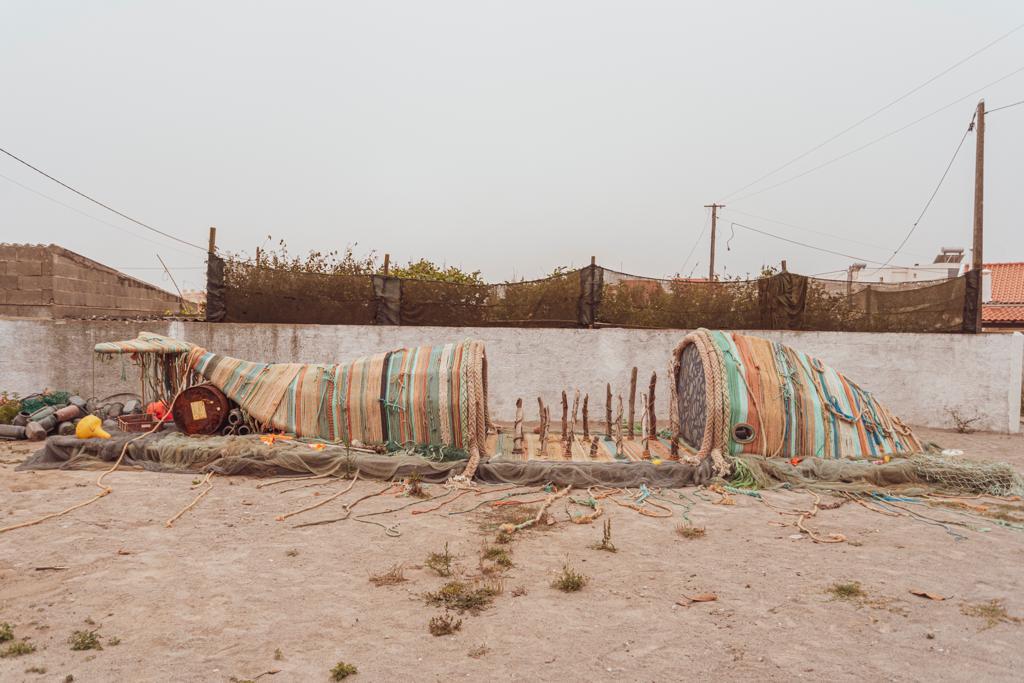 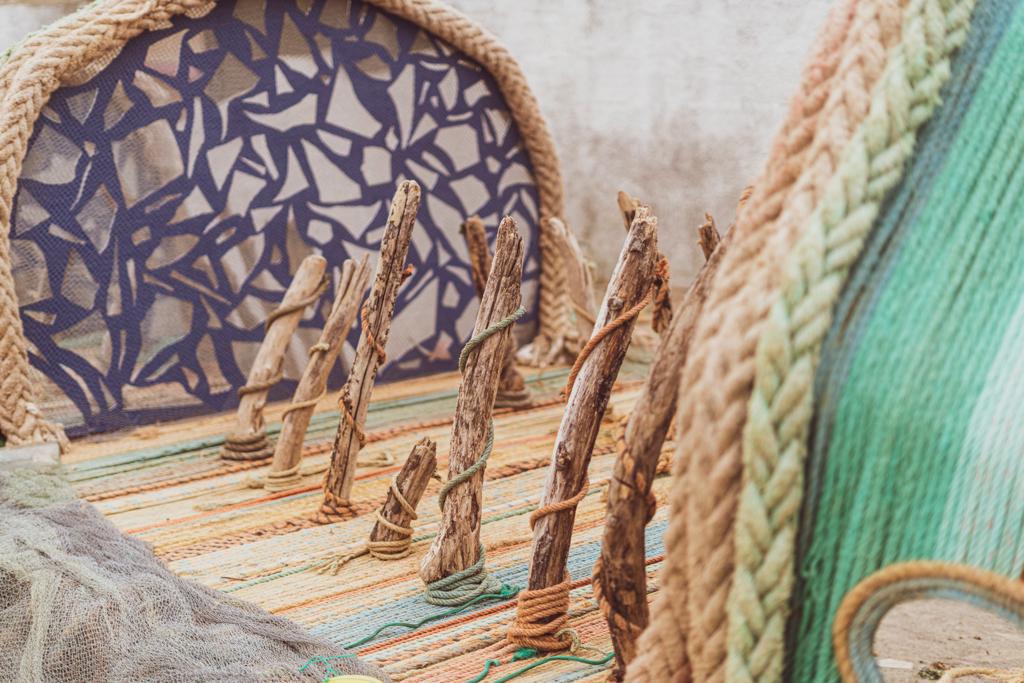 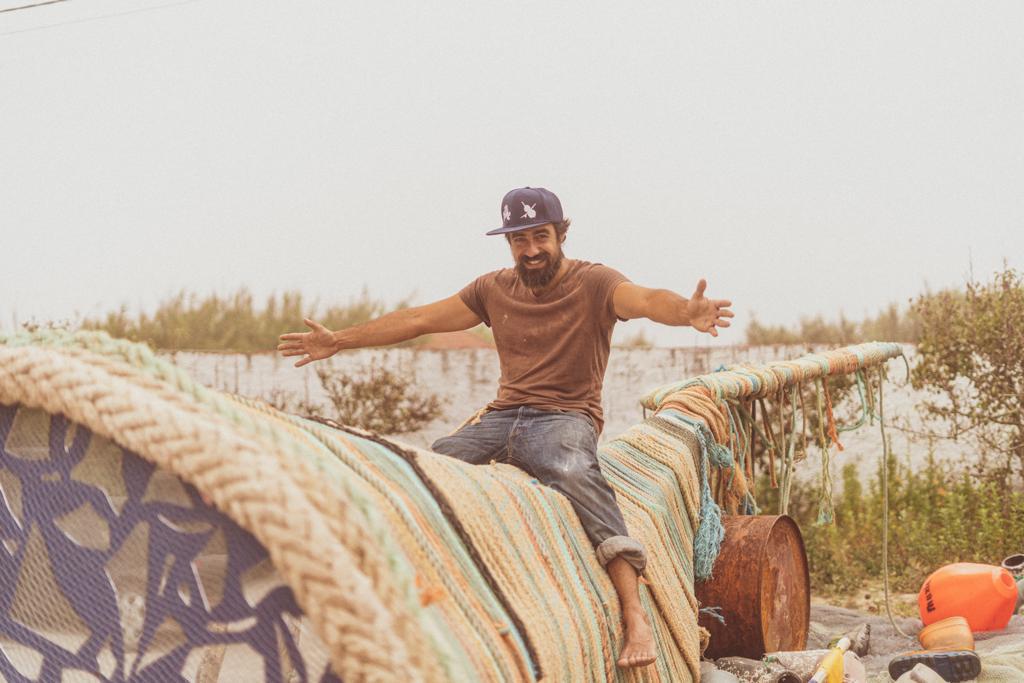 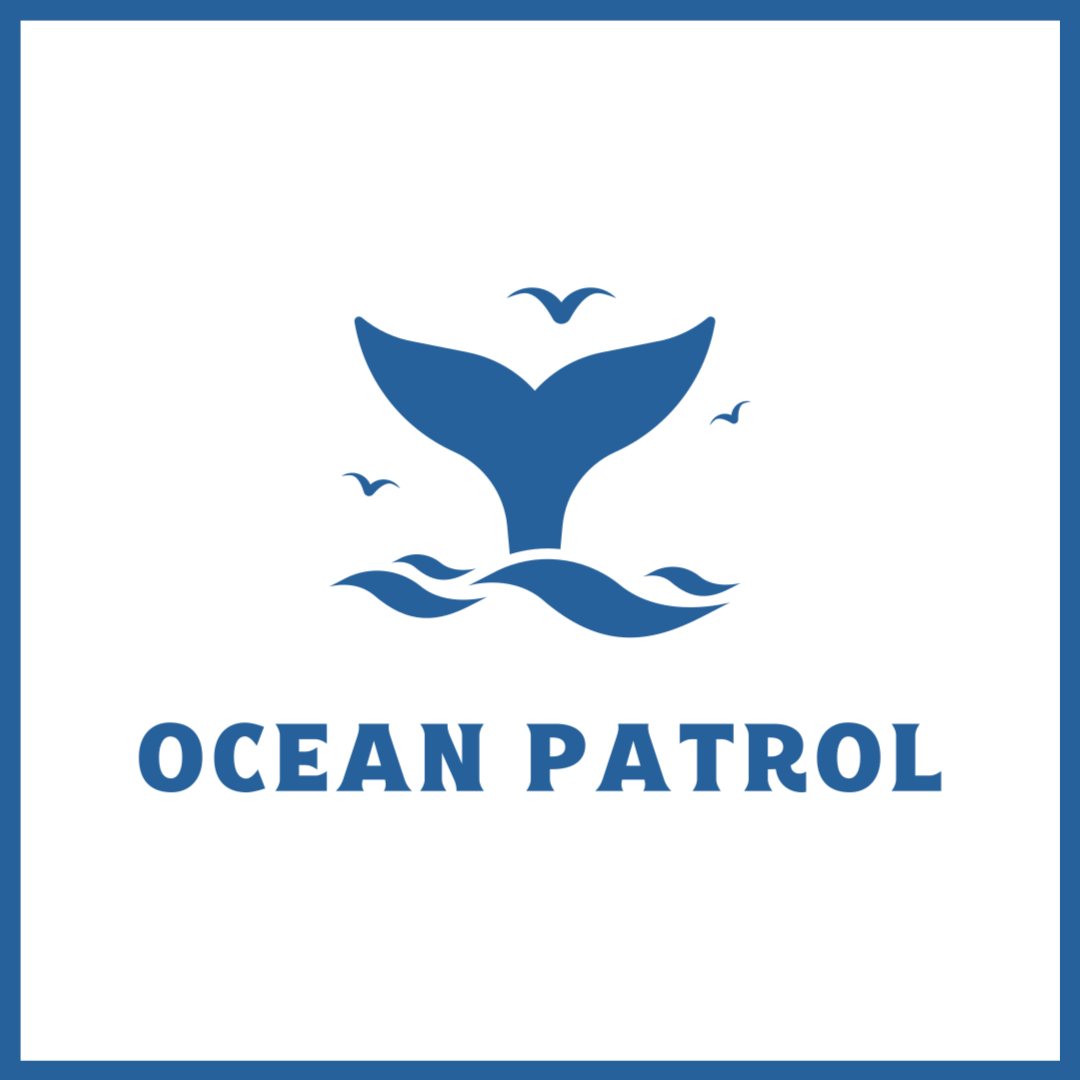 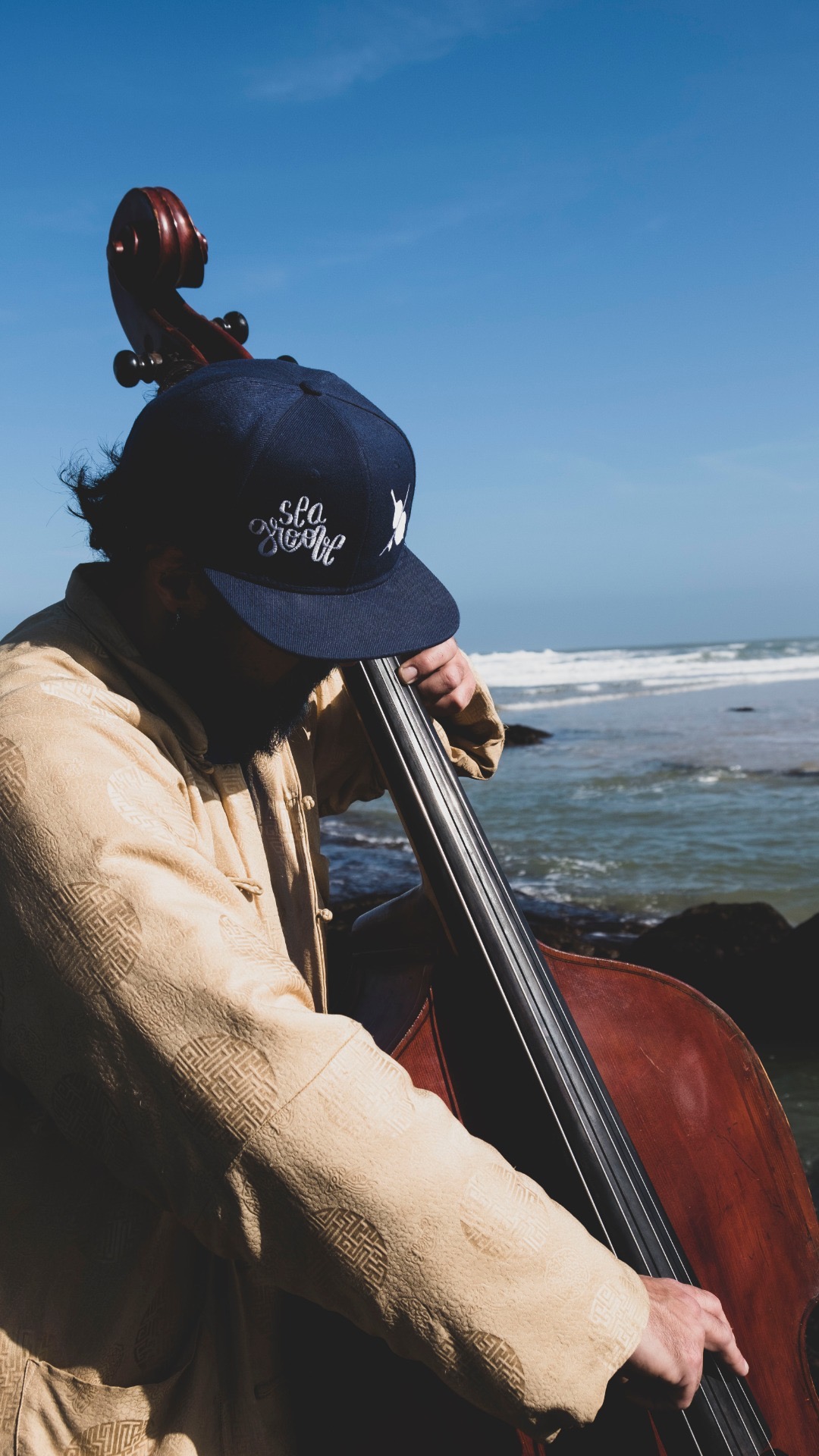 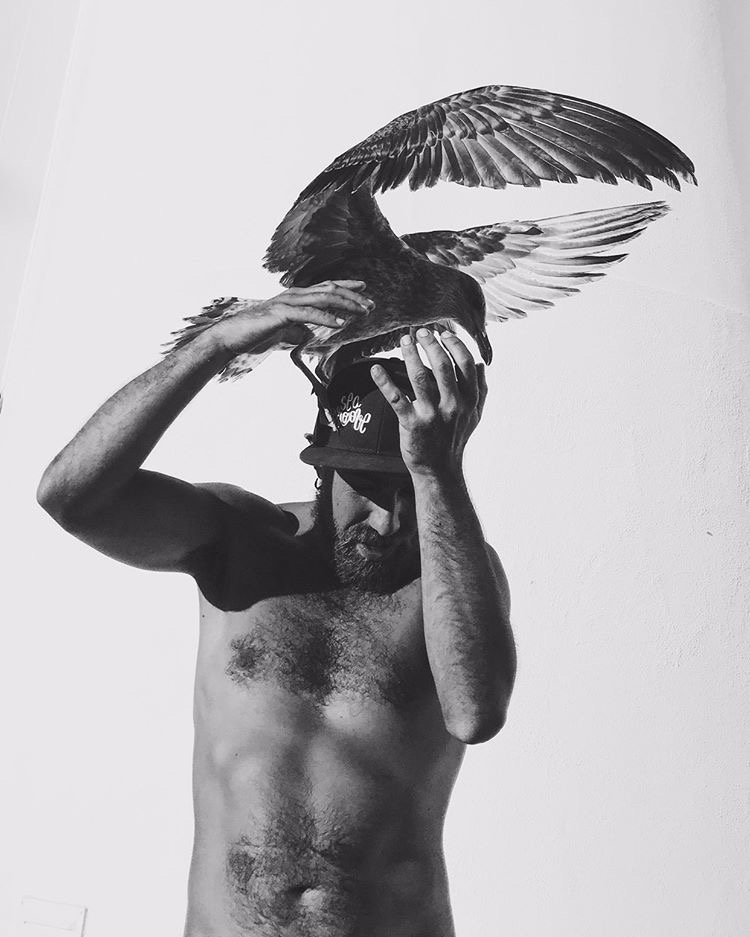 Afonso Castanheira, also known as @sea.groove , is an “artivist” and co-founder of the @OceanPatrol association. He is a double bass player and composer, and shares the message of the sea in a musical connection. In addition, he is a sculptor, creating his project “@MadeirasdoMar”, in which he removes various types of objects (human hand) from the sea, for decorative and expressive effects.

Every week, Afonso goes to the beach to clean and collect the man-made garbage. With so much sadness to collect, he co-created Ocean Patrol, an association for sustainability and the preservation of the oceans, based in Baleal.

This whale is an example of the work that Afonso is doing to avoid so much pollution in the seas: collecting, reusing and manifesting. All his work aims to reveal and inform, whether through music or sculpture, the problems that exist in the relationship between society and nature. The excess of consumption and the addiction of the biggest companies in the world in wanting to manipulate people’s heads and control this supposedly blue planet, creating more plastic and continuing with massive production of products made from non-organic and highly polluting materials. There is an extreme need to change human habits, so that our planet becomes cleaner and so that fauna and flora thrive, preventing the extinction of various species and the emergence of new diseases. Man must know how to respect nature. Only then can there be harmony, man has to recognize that he needs nature!